The Ghost Behind the Window

Under the darkness of that foggy night, he could hear the squeaky sounds of the wooden beams directly above his head in the attic of the house. A rumor had been spread in the neighborhood that a ghost had been seen hunting the house.

He did not believe in ghosts, but the ceaseless noises, and the gloomy foggy night began to produce within him a series of unreal mental shapes. He imagined human-like figures strolling beyond the closed door of his bedroom, each time stepping closer and closer.

Behind his bed, where he was laid down, there was a window facing the back patio. A brisk breeze outside of the house produced a whizzing sound, which made the wooden beams rustle incessantly, creating a creepy atmosphere.

His sense of hearing was the most acute at that moment. Something stepping down the stairs of the house began to be heard. His terrified mind could only imagine a strange being with a wear down face and heading towards him.

When the strange being reached the last step of the stair, he was petrified to his bed with terror, such that any incident that could occur at that moment could hardly get him out of this fearful state. He was so concentrated at the moving sounds made by that strange creature, when the blinking lights of a passing car made him turn his head towards the window.

“I got to get out of here,” he reacted decidedly.

Without hesitation, he pulled the window open and crept outside of the house. He walked a few yards away from the window, each time thinking that the strange creature could have followed him out the window. He turned around and peered towards the window, which was being moved by the cold wind, making a rocking sound, then, he gazed up towards the attic, where the dark shadow of a walking figure produced within him a profoundly chilling fear. 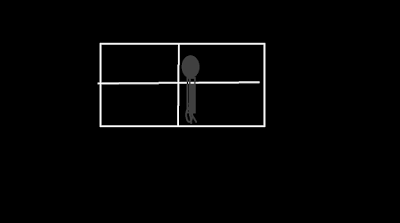 Email ThisBlogThis!Share to TwitterShare to FacebookShare to Pinterest
Labels: chilling fear, dark shadow of a walking figure, strange being, The Ghost Behind the Window

Posted by UNVRSO at 2:03 PM No comments:

¨Do you know what?, I have a sixth sense¨ she said misteriously.

¨I didn´t know that¨ I exclaimed.

¨well, I can sense when someone wants to do harm or when the situation starts to become threatening¨ she affirmed.

´I was walking at the park, when the mood in the ambient started to change; suddenly, out of nowhere, a huge tree branch fell down ¿ from a tree and darted right on where I was standing. If I had not raised my right arm on time, it would have broken my face. That is how I got this scar on my right arm¨ she concluded.

We were about to enter the museum at the monastery that we were visiting that day and where they had mummies, monk statues and other stuff. We first visited the chamber where the mumies were; there were four of them; two adults and two children.

From there, we passed to the chamber of the monks, where we noticed two of them; one on the chamber´s corner and the other on the oposite side. This was the precise moment when, she began to breath hesitantly.

¨The monks¨ she replied.

¨Don´t you feel something? ¨ She inquired.

¨Let´s get out of here¨she said terrified.

Once, out of the museum, she explained;

¨One of the monks was watching us. I felt as if it wanted to do us some harm¨

Her apprehension stopped once we left the museum, and things went back to normal for the rest of the day.

Posted by UNVRSO at 1:27 PM No comments:

Email ThisBlogThis!Share to TwitterShare to FacebookShare to Pinterest
Labels: monks, mummies, museum, she began to get apprehensive, she said terrified, Sixth Sense

The Man in the Basement

Within moments, I found myself in the basement of a house and a strange feeling mixed with fear angst and terror invaded me. Then, out of nothing, a tall man wth eagle eyes appeared. Wanting to scape from this walking dead, I ran and walked hurriedly, but couldn´t find the scape exit.

Finally, a stare at the ceiling showed me the only scape exit, which was too tall to reach. When the creature was about to grab me, that was the moment that I opened my eyes, just to realize that I had a terrible nightmare.

The same nightmare has accompanied me for years, and there was a time when I could always preview what was going to come on a given nightmare night. I remember that on a sebsequent sequence of this nightmare, I was able to reach the exit and scape; I also managed to pile up heavy things on the outside to prevent the creature from scaping.

Now, whenever I have a nightmare and see the coming sequence of that nightmare, I always try to avoid that closed exit, but I always sense the creature there in the basement.

It was midnight on a day like today, Halloweens eve, I remeber. I was in my room doing house chores and awaiting for the time to go to sleep. I took a peek through my bedroom´s window, and as I did, I sensed a cold wind through the skin of my body. I turned around and walked away from the window, when suddenly, a cold hand grabbed me from the neck.

I tried to turn around my face and see what was preventing me from moving freely, but ar that very moment my whole body paralized. I felt down to the floor, trying to get loose from my captor, but, but all of my best efforts were useless.

With great effort I Turned my face slightly to my right side, and that was the moment when my eyes witness a terrorific face, like the face of something that is not from this planet. When that thing realized that it had been identified, it let  me loose and hurriedly darted out through the same window from where it had entered.

Window remained open and flapping, while a nasty odor and cold wind invaded the room.

Posted by UNVRSO at 5:47 PM No comments:

Email ThisBlogThis!Share to TwitterShare to FacebookShare to Pinterest
Labels: cold wind invaded the room, cold wind through the skin of my body, Halloweens eve, my whole body paralized

Paranormal Phenomena at The Guest House

I arrived to this guest house with the resolution to stay for a long time. My belongings included a suitcase full of clothing and toiletries. I had left another guest house earlier that day, so this was the second I was visiting during the last month. However, since the very first day, strange events began to occur.

I was relaxing at the terrace; enjoying the sunshine, when a woman named Sofia, another tenant in the house, approached me. From the talk we had, I knew that nobody in the house had lasted more than three days. She told me that paranormal phenomena was occurring too often, I did not give much importance to the comment, and I headed to my room.

On my first night at the house, while reading a novel in my room, a storm of rain, thunder and lightning made its appearance, filling the atmosphere with fright. Down the drain in the shower, a great amount of water began to emerge and after some minutes, it flooded the entire room, giving it a stinky smell.

I left my room and I met Sofia in the hallway. We walked out of the house to the garden. We were far from the house, but close to an old basement, when she pointed out to something and inquired;

"What's that smell?" with surprise.

Then we walked to the water fountain in the garden. While there, I submerged my hands to play with the water. When I took them out, I realized that they were dirty with mud. Near the fountain there was a water faucet. I went there to wash my hands, but when I was about to turn on the knob I noticed that it was petrified! as if it hadn´t  been used in many years. Then we walked into the kitchen and the water knobs were petrified, there as well.

During my third night at the house, while talking to my friend, Sofia, in the courtyard, which was very large indeed, we heard a slight moan. She got a bit nervous and said;

"There she is again" she exclaimed with fear.

"The witch." she answered.

"That old lady, who rents the rooms, always hiding behind the windows, trying to find out what one is talking about." she explained.

After the incident, each of us went to their respective rooms.

That same night, shortly after going to bed, I fell completely asleep. When I opened my eyes, the tall figure of a human shadow was standing in front of me. I made an attempt to get out of bed, but despite the efforts, my attempts were useless. The shadow began to move away from me, until it disappeared behind the door. After leaving, it uttered out a mocking laugh.

Early at dawn, I packed my belongings, which were not many, and left the house. After walking a little over two blocks, I realized that I had forgotten to hand over the keys and picked up an empty jug of water from my room. I turned around and headed back to the guest house.

I rang the bell twice, before the old lady opened the door.

"Here are your keys I'm leaving. I´m going to the other side of town" I said nervously.

She opened the door and invited me to come in. Once inside, three Doberman dogs appeared, growling, as if they were ready to attack.

"Silence!" She ordered them.

The dogs ran to hide in the basement.

"Get your belongings and get out from my house" She yelled, while staring at me directly in the eyes.

I went to my room, took an empty water jug and returned to the door.

She was still there, at the door.

I couldn´t stand anymore that ferocious gaze in her eyes and I moved away from the place. Immediately after leaving, I heard a very loud bang behind me, which left an echo reverberating in my ears.

I had walked for less than three minutes down the street with my suitcase on one hand and the empty jug on the other hand, heading to the subway and grateful that the dogs did not dare to attack me, I felt less tense and more relaxed.

Suddenly! I began to feel that the empty jug was shaking and a windy whistling sound was coming out from it. When I entered the subway station, the jug was still shaking. I placed it on the floor and out of the reach of my hands, while it continued spinning, as if someone was rocking it. I did not think twice and started running, leaving the jug where it was, without looking back.
Posted by UNVRSO at 12:26 PM No comments: